A healthy lifestyle is good, but happy relationships are better

We have all heard it a thousand times – the key to achieving good health is: regular exercise; a balanced diet; getting enough sleep; not drinking alcohol to excess and absolutely no smoking. However, whilst all of this advice is undoubtedly true, it turns out the key to health, happiness and long life might have less to do with the healthy lifestyle choices we make and more to do with the relationships we form.

The Harvard Study of Adult Development, spanning almost 80 years (and still ongoing), has followed the lives of 724 men in the hopes of discovering the key to a healthy and happy life. The study began in 1938 by tracking the health of 268 males at Harvard University (aka the Grant Study). In the 1970s, research was extended into Boston, additionally tracking the health of 456 inner-city males (aka the Glueck Study). In the past decade, the study’s fourth director Robert Waldinger,  has expanded research to include the wives and children of the original Grant and Glueck men – also known as the second-generation study. The study is one of the world’s longest studies of adult life, and what do the findings show? Those that have quality relationships with family, friends and their wider community live longer.

“The people who were most satisfied in their relationships aged 50, were the healthiest aged 80”

The men from both the Grant and the Glueck Study became soldiers, factory workers, lawyers, bricklayers and doctors. One man even became President John F. Kennedy.  Some struggled with addiction and mental health. Some climbed from the bottom to the very top of the social ladder, whilst others spiralled into social oblivion.  However, what generations of researchers have found is that strong social connections, more than money or fame, are what keep people happy. Such relationships protect you from life’s difficulties, help to prevent mental and physical decline, and are better predictors of long and happy lives than social class, IQ, or even genes. Waldinger states, “The people who were most satisfied in their relationships aged 50, were the healthiest aged 80”. It’s true, if you’re feeling stressed and unhappy, what do you do? Most likely confide in a loved one and immediately feel better for it. But what happens if you lack these vital pillars of support?

“Loneliness kills. It’s as powerful as smoking or alcoholism.”

The Harvard Study shows those who are less socially connected are unhappier, their mental and physical health declines earlier, and they live shorter lives. Waldinger states, “Loneliness kills. It’s as powerful as smoking or alcoholism.”  A 2017 report shows that loneliness affects nine million UK people, young and old, and we know that loneliness is detrimental to our health – so what can be done? The UK have recently appointed a Minister for Loneliness, a progressive step in the fight to overcome social isolation. However, what can be done on a personal level?

What can we take from this study?

The key to good health and long life is to form and nurture close social relationships – be that with your partner, best friend or neighbour.  It’s easy to cancel plans in favour of working longer hours. It’s even easier to see your job or financial situation as the underpinning to your success. However, make time to call your parents, spend time with your children, meet up with friends or even agree to go on that date you haven’t had time for. In the end, it is these relationships that determine our happiness and health – maybe even more so than our alcohol or sugar intake!

You can watch what makes a good life according to psychiatrist Robert Waldinger here.

Is something preventing you from forming quality relationships? You can book a consultation in Birmingham with Mr Alan Dovey, who has specific expertise in cognitive behavioural therapy (CBT) and occupational psychotherapy, here. 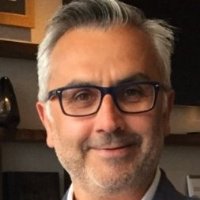