What is a migraine?

This week is Migraine Awareness Week 2018. It’s estimated that one in seven people will suffer from migraines over their lifetime. According to the migraine trust, suffering from a migraines is ‘one of the most disabling lifetime conditions’. Despite this, few people actually understand what a migraine is and the effects they can have – it’s so much more than just a headache.

So, what is a migraine?

The main symptom of a migraine is a headache which usually presents as a throbbing, tightening or pressing pain on one side of the head. However, this pain is severe and may even be unbearable. Physical activity exacerbates the pain, and it may be accompanied with sensitivity to light and smells, and nausea and vomiting. They can last from four to seventy-two hours. If this sounds familiar, you may be suffering from what’s known as a migraine without aura.

Other suffers may experience a migraine with aura. A migraine with aura presents with added neurological symptoms and affects ten to thirty percent of sufferers. These may be disturbances to your vision such as seeing lights or colours, or having blind spots, tunnel vision or temporary blindness. Pain in the body, feeling faint or suffering from vertigo are also possible symptoms of a migraine with aura.

What causes a migraine?

Frustratingly, there’s no definite answer to this question. The general thinking is that migraines are affects of chemical and nerve changes in the brain. Sufferers tend to be genetically predisposed to them. Women are also far more likely to be sufferers than men.

People can also have their own personal triggers for migraines. There’s no common denominator for these triggers. They range from the emotional, such as stress, to the physical, such as a sore neck or shoulder or hormonal changes. Factors such as a poor diet or specific foods, and a person’s surrounding environment, for example smoky or stuffy atmosphere or bright lights can all have an effect as well.  If you suffer from migraines, the NHS recommends keeping a diary to help you identify any personal triggers.

What happens when you have a migraine?

Broadly speaking, the lifecycle of a migraine can be divided into five stages. As causes and symptoms, the exact process of the migraine will be unique to the sufferer and sometimes the particular attack as well. All stages can vary in length and severity. However, there’s still a lot of value in recognising these five stages, as taking medication with the onset of a particular stage may help lessen the severity of the symptoms.

Unfortunately, there is still no cure for migraines. Until this happens it is important to continue to raise awareness of them, to show sufferers we understand that it’s more than just a headache.

If you’re suffering with migraines, headaches, dizziness or sensory disturbances you can book a consultation with consultant neurologist Dr Ben Turner, here. 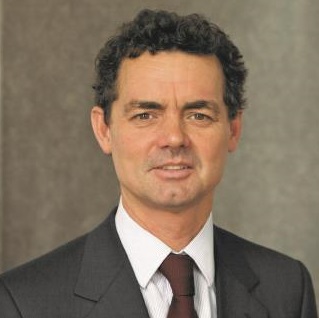