How can bowel cancer screening save your life?

Medstars consultant gastroenterologist, Dr John Martin, explores the two types of bowel cancer screening offered by the NHS below. Getting screened is your choice and it’s best to make an informed one.

Bowel cancer screening: we can probably all agree it’s something we’d rather not have to do. The process might seem confusing or anxiety-inducing, however, getting it done is important and can save your life.

Bowel cancer is the third most common cancer worldwide. Bowel cancer screening helps to catch bowel cancer early or prevent bowel cancer by removing pre-cancerous polyps.  Over 90% of cases of bowel cancers caught at the first stage are cured. If you’re diagnosed at stage four, however, these chances drop to 11%.

You can read our quick review on the symptoms of bowel cancer, here.

However, the main indicators are:

If you have any of the above symptoms you should consult your doctor. Bowel cancer, however, may not produce any symptoms initially and the aim of screening is to identify polyps or early cancers in people with no symptoms to suggest the disease.

A FOB test stands for Faecal Occult Blood Test and is available to all people in the UK between the ages of 60 and 74. The NHS send a bowel cancer screening kit to those in this age group every 2 years. It involves sending a sample of your poo to be tested for small traces of blood. These may be indicative of abnormal growths or bowel cancer.

What’s great about it?

FOB tests in large clinical trials have been shown to cut deaths from bowel cancer by a fifth. Apart from reducing your risk of developing or dying from bowel cancer, the FOB test has several advantages. It’s easy and convenient to do in your own home. This means the test fits around your schedule and can be done in the privacy of your own home alleviating any anxiety or embarrassment.

What are the downsides?

Any potential downsides to the FOB test are down to the results. Receiving an unclear or positive test result can understandably cause anxiety.

If you receive an unclear result, you will have to take the test again. Getting a positive test result does not mean you have cancer- you might receive one down to recent dental work or eating too much horseradish. Either way, you’ll have to have further tests, normally a bowel scope, to find out. Naturally, the fact that the FOB test itself cannot actually confirm whether you have bowel cancer, plus the anxiety of the unknown while waiting for further test results, may be difficult for some patients to deal with.

It is also important to be aware that this test does not identify all patients with bowel cancer.  It’s therefore worth reiterating that being aware of the symptoms of bowel cancer is extremely important and if you have any concerns you should arrange to see your doctor rather than waiting for your next FOB test.

Having a bowel scope screening test done by a professional can put your mind at rest.

Bowel scope screening means that  a flexible, thin tube called a flexible sigmoidoscope, with a small camera attached, is inserted into you to examine your rectum and the lower part of your bowel. The test looks for and removes polyps, which have the potential to become cancerous further down the line.

What’s great about it?

The NHS recently introduced bowel scope screening as a one-off test for all those aged 55. Doing so reduced the risk of developing bowel cancer by a third, a result which speaks for itself.

Bowel scope screening is effective as a screening test for bowel cancer. One of the largest studies combining the data of almost 300,000 patients published in the BMJ in 2017 found that it decreased incidence by 24% and mortality by 33% in men.

In another study in the Lancet also published in 2017  Prof Wendy Atkin – lead author, from Imperial College London revealed that a bowel scope test is effective in reducing cancer deaths for at least 17 years.” She added, “Bowel cancer can be prevented and the bowel scope screening test is a great way to reduce the number of people diagnosed with the disease, so it’s vital that no one misses out on the opportunity to get the test.”

Bowel scope screening is performed as an outpatient meaning it won’t take too much time out of your day.

What are the downsides?

There is also a very small risk (1 in 40,000) of the test resulting in some damage being done to the bowel. However, data gathered about the perforation rate is currently based on the use of an outdated technique and so it is likely to be much less than this. Minor bleeding is more common, but is rarely of any real significance.

Patients might find the idea of bowel scope screening embarrassing and may find it mildly uncomfortable. There may also be some anxieties around having to self-perform an enema, to clear out the lower bowel before the test. It’s worth bearing in mind though that the procedures involved in treating advanced bowel cancer itself can be far more invasive and uncomfortable than the screening tests to catch it early. So do try and grit your teeth, overcome your awkwardness and remember that for the specialist carrying out the bowel scope, this is just a routine day at work.

This blog has been co-created by expert gastroenterologist, Dr John Martin, and Medstars’ Annabel Beales.

It is important to remember that bowel cancer doesn’t always produce symptoms in the early stages. You can book a consultation or bowel scope screening in London with Dr John Martin, one of the UK’s leading specialists in bowel cancer screening here. 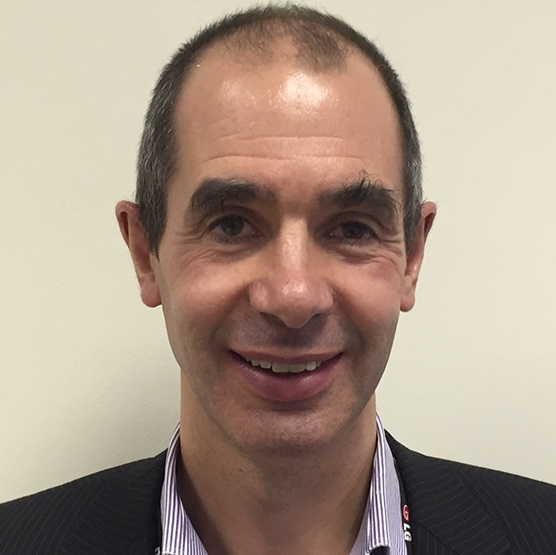